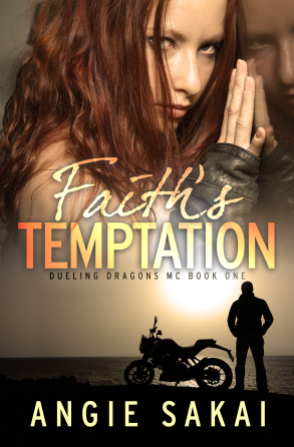 Faith Landon has always lived a simple life as the coal miner’s daughter. Growing up with two brothers she was always taught to never back down and never give in to anything. Then one day something happens that changes her life forever. Now faced with the choice of fight or flight, she leaves home and doesn’t look back.

Ryder Porter was born and bred to take over the DDMC, but one choice of a patched member fifteen years ago sends Ryder and the whole MC into turmoil. Now left to clean up the mess, Ryder finds himself alone and wanting more in his miserable life than the ‘Lollie’s’ and whores. He sets his eyes on Faith. Ryder loves a chase, and Faith is not his usual easy conquest.

Faith’s never been one for giving in, but will Ryder be able to persuade Faith to give in to this temptation? 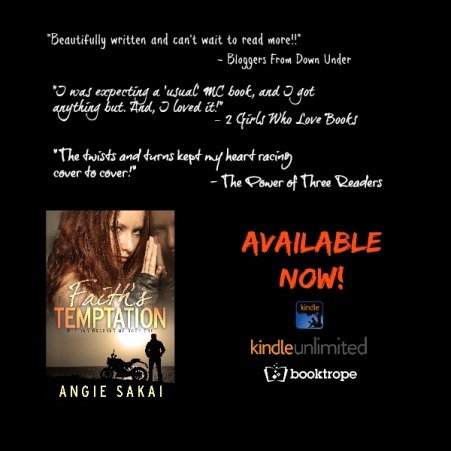 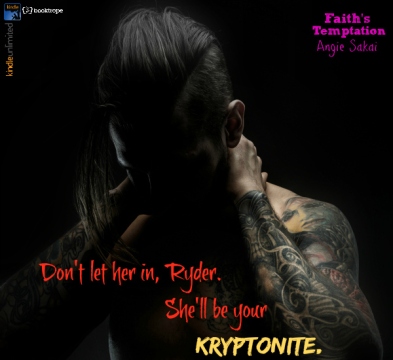 Angie, a lifelong resident of the Pacific Northwest, can usually be found snuggled up on her couch with her husband and furbabies watching Netflix or screaming herself hoarse at a rock concert. She is an avid reader and her favorite genre at the moment is Erotica. She has been writing for years as a way to cope with life and finally realized her dream of publishing her novels. She loves a great story with tough as nails characters who have a heart. The grittier, the better.
Author Social Media
Amazon Author Page | Facebook | Twitter | Goodreads
Hosted by:

#ThrillerThursdays: HE WILL BE MY RUIN by K. A. Tucker

Kim Black – Discovered (Book One of the Covered Series) – Promo